It’s a Quotidian Life Out of the Dark, 2019
Digital photo collage on fabric
series of 7 photographs on 70gsm poster paper

I intend to romanticize the “art” of gay cruising and the spaces in which they transpire such as public toilets or outdoor stadiums in modern day India, because they deserve a little romance after years of denigration and stigmatization. Following an on-site installation of the photo collage on fabric, The same print was printed on 70gsm poster paper, then pasted on a public wall close to a cinema hall known for screening softcore porn films in Bangalore. The objective was to observe the print in public over the course of several weeks to see if it would get defaced or vandalized, or not. Within three weeks, the print got torn up gradually which allowed me to then photograph the print during these stages, further allowing me to question whether the defacing happened due to the pornographic nature of it or the homosexual content of the work.

The work was supported by the K.K. Hebbar Foundation for a site-specific exhibition titled, THE TOILETS; Geographies of Desire: (a) site, and (b) situation. 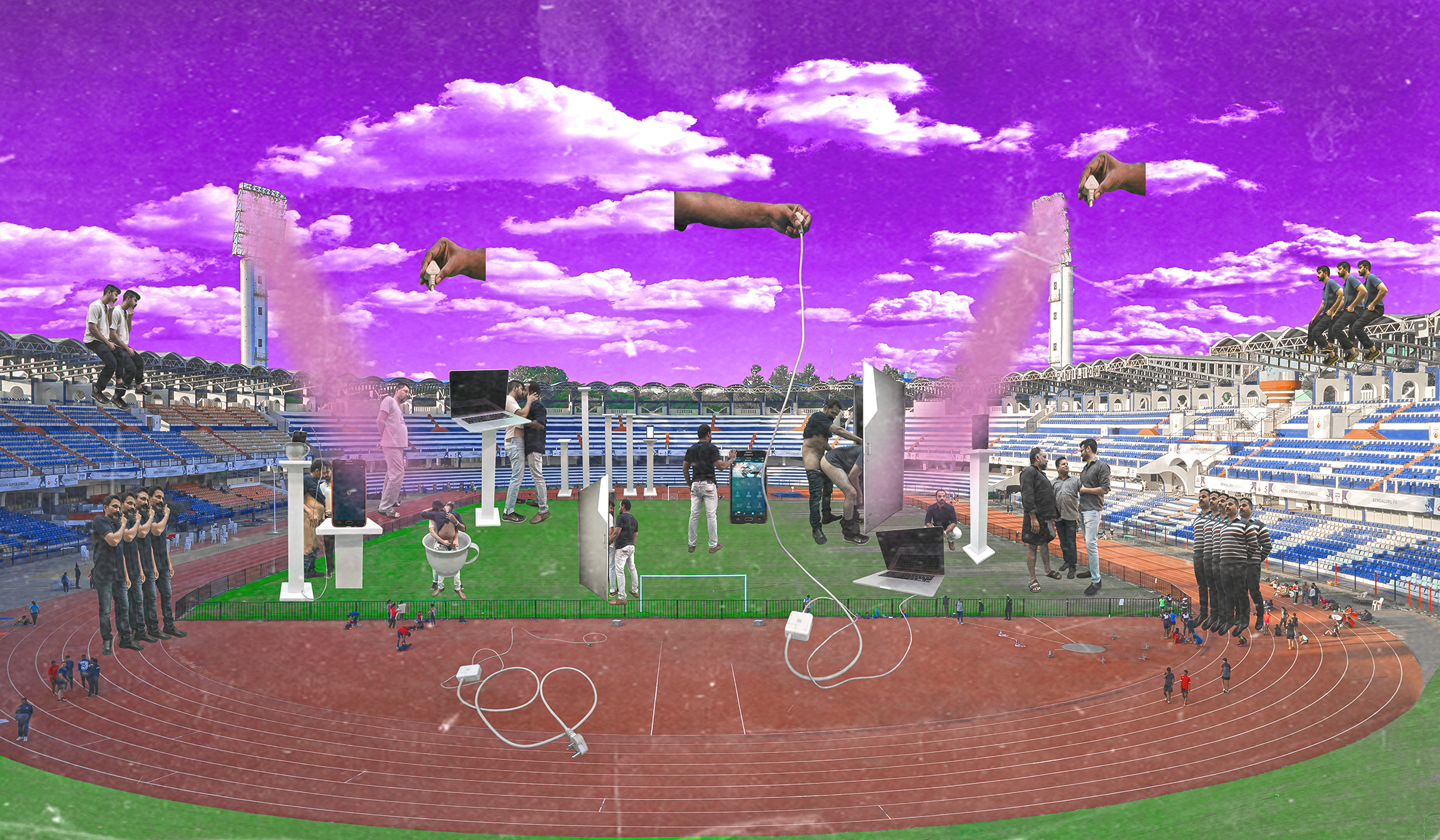