The First Duty…Is To Be Inconspicuous
Museum Of the Sexual Outlaw, 2018 – ongoing
(Work-in-progress)

Project conceived during an art residency at Lichtenberg Studios, Berlin. Supported by the Goethe Institute

I perceived parallels between photo and information sharing engaged in by gay men on online dating websites & apps as a means of identifying potential social and sexual contacts, and similar procedures utilized by the East German State Security Service—the Stasi—as a means of controlling, coercing, and oppressing queer individuals. What intrigues me the most is that both of them hinge on the creation of archives of sorts—collections of photographs, written records and videos/films used as handy references to identify individuals who possess or exhibit specific qualities. More than this, however, is the fact that the power of these two particular types of archives rests not on the active use of their content, but the threat suggested by the possession of these images or information, as a form of personal information.

Given their central role in the preservation of intellectual and cultural histories, we tend to think of archives as valuable resources for decoding and making sense of the past and situating current practices in an historical and cultural continuum. The two types of archives I investigate here, though, are less benign, given the uses to which they can be and have been put.

Creating fictional narratives has formed the bulk of my artistic practice; and with this work, I perform this process on two levels: I formulate a set of fictional characters and, in turn, develop fictional narratives of record-keeping and other related actions to illuminate the disquieting correspondences that link the official archive of the totalitarian state to the private archive of the “sexual outlaw.” My work, the title of which comes from a previous citizen of East Germany, stating “The first duty of the citizen was to be inconspicuous” uses individual photos and information files to analyze the need for discretion, for privacy in contemporary India—a situation that clearly mirrors life in the GDR under the Stasi, the East German government’s most visible and effective force of surveillance—and at the same time, to examine the liberating potential of public disclosure as well, freeing the queer subject from the bonds of oppression and intimidation. 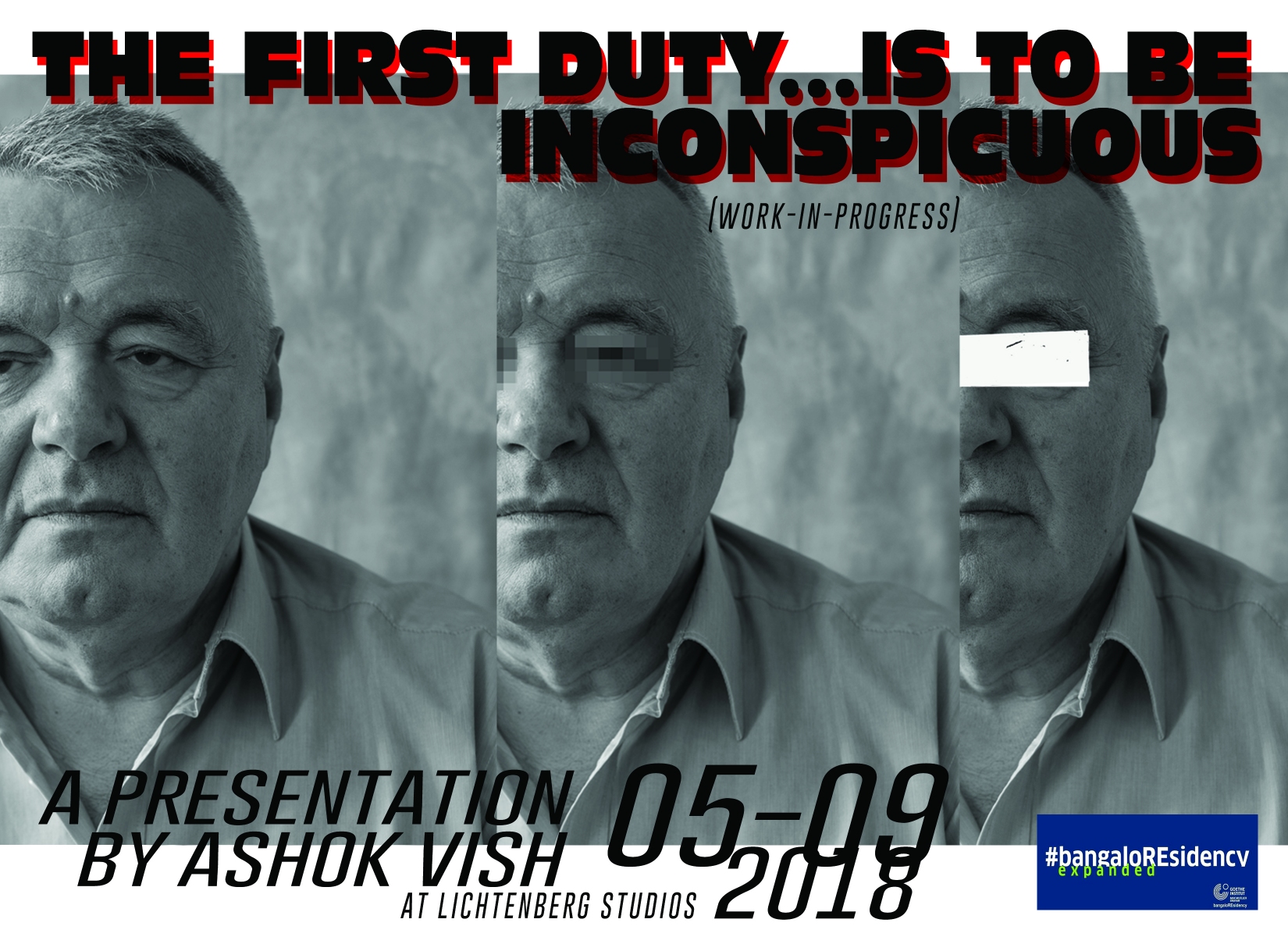