Children Playing God follows the lives of five boys during their two-month rehearsal period for the month-long Ramlila performance based on the epic poem, Ramayana. The festival is celebrated with immense religious fervor and gaiety. Each year, boys hand selected by the king of Ramnagar portray the main characters. They spend two grueling months working with dramatic coaches to perfect their performances. The boys, ranging in age from eight to fourteen, must live and rehearse at the site, and sometimes must look after themselves. During the entire process, the boys are considered to be living gods and goddesses, and are worshipped by the people of the community. The film explores the gap that separates the reality of these children’s lives from the fiction they portray, highlighting the ordinary aspects of being kids during the process of their temporary transformation into the divine. 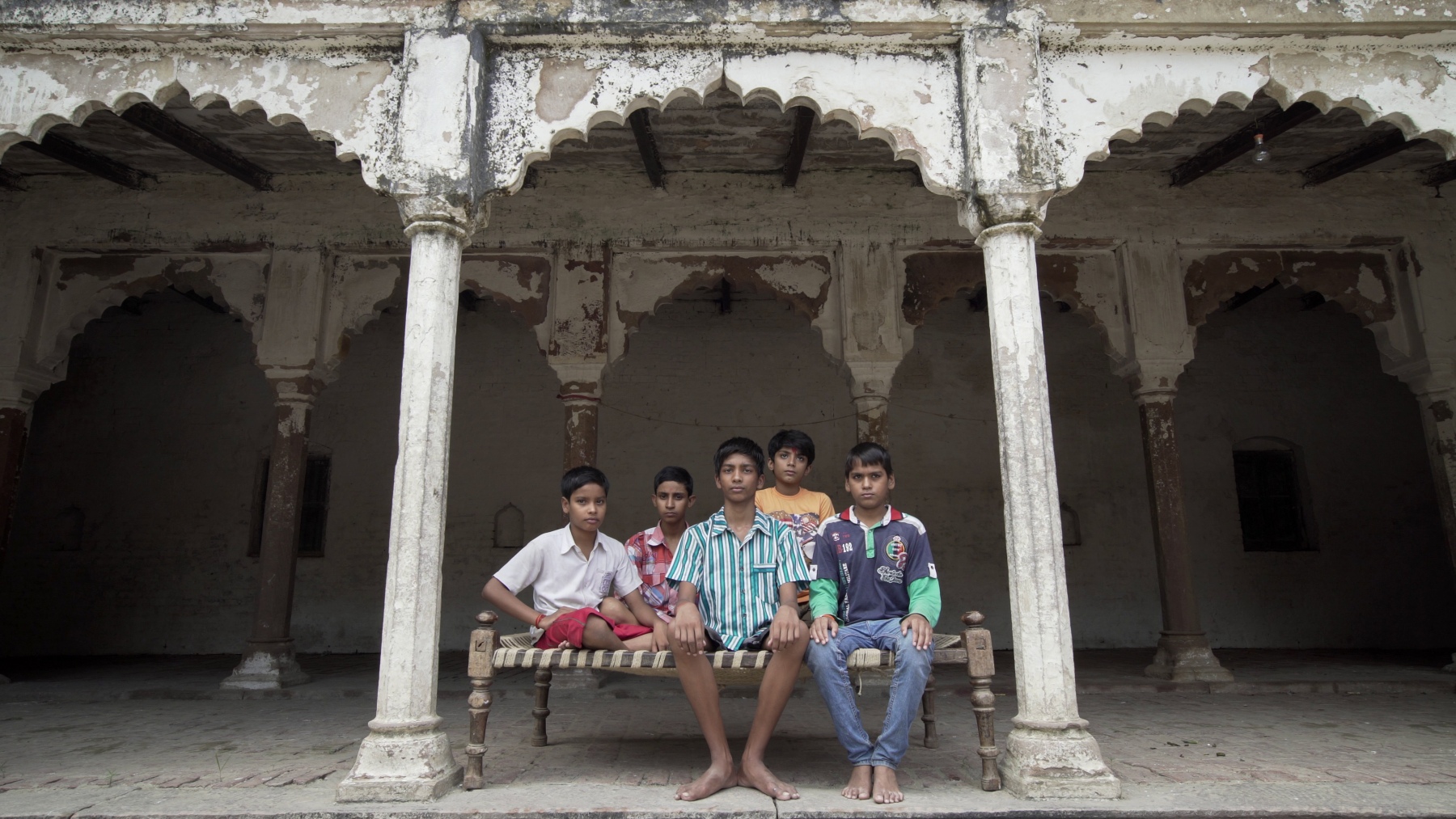 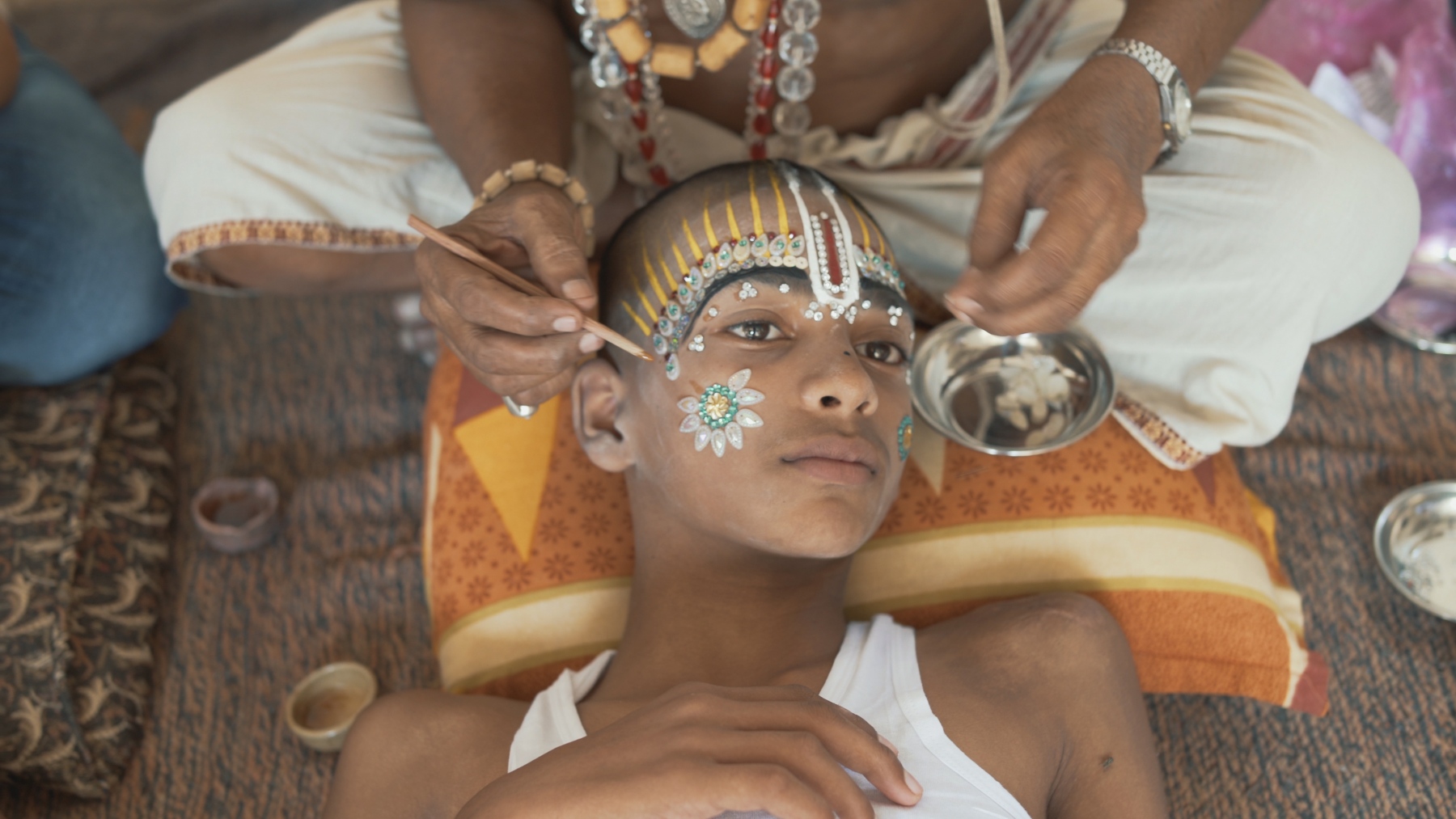